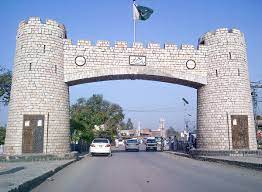 Pakistan – Khyber Pakhtunkhwa The Land of the Brave Pakhtuns is bounded on the west and north by Afghanistan, on the east and northeast by Azad Kashmir and the Northern Areas (the Pakistani-administered areas of the Kashmir region), on the southeast by Punjab province, and on the southwest by Baluchistan province. On the western border of Khyber Pakhtunkhwa, along the Afghan border, are the former federally administered tribal areas (FATA), which were recently incorporated into and merged into Khyber Pakhtunkhwa as part of the 25th Constitutional Amendment, which transferred all executive authority to Chief Minister KP and his cabinet.

Sloping down from the breathtaking beauty of the Hindu Kush to the sun-drenched plains of the Derajat, the province can be divided into two zones due to its varied geography. The northern zone, with its surreal landscape of snowcapped peaks and lush green pastures, is characterized by a cold climate with abundant rainfall and pleasant summers, with the exception of the Peshawar basin, which is hot in summer and cool in winter, with moderate rainfall. While the southern end, with its contrasting spur of clay and sandstone hills that stretch from Peshawar to the Derajat basin, is arid, with hot summers, relatively cool winters, and little rainfall. Kabul, Swat, Chitral, Kunar, Siran, Panjkora, Bara, Kurram, Dor, Haroo, Gomal, and Zhob are the province’s major rivers. – Additional information is available at: http://kp.gov.pk/#sthash.zYQBQjm2.dpuf